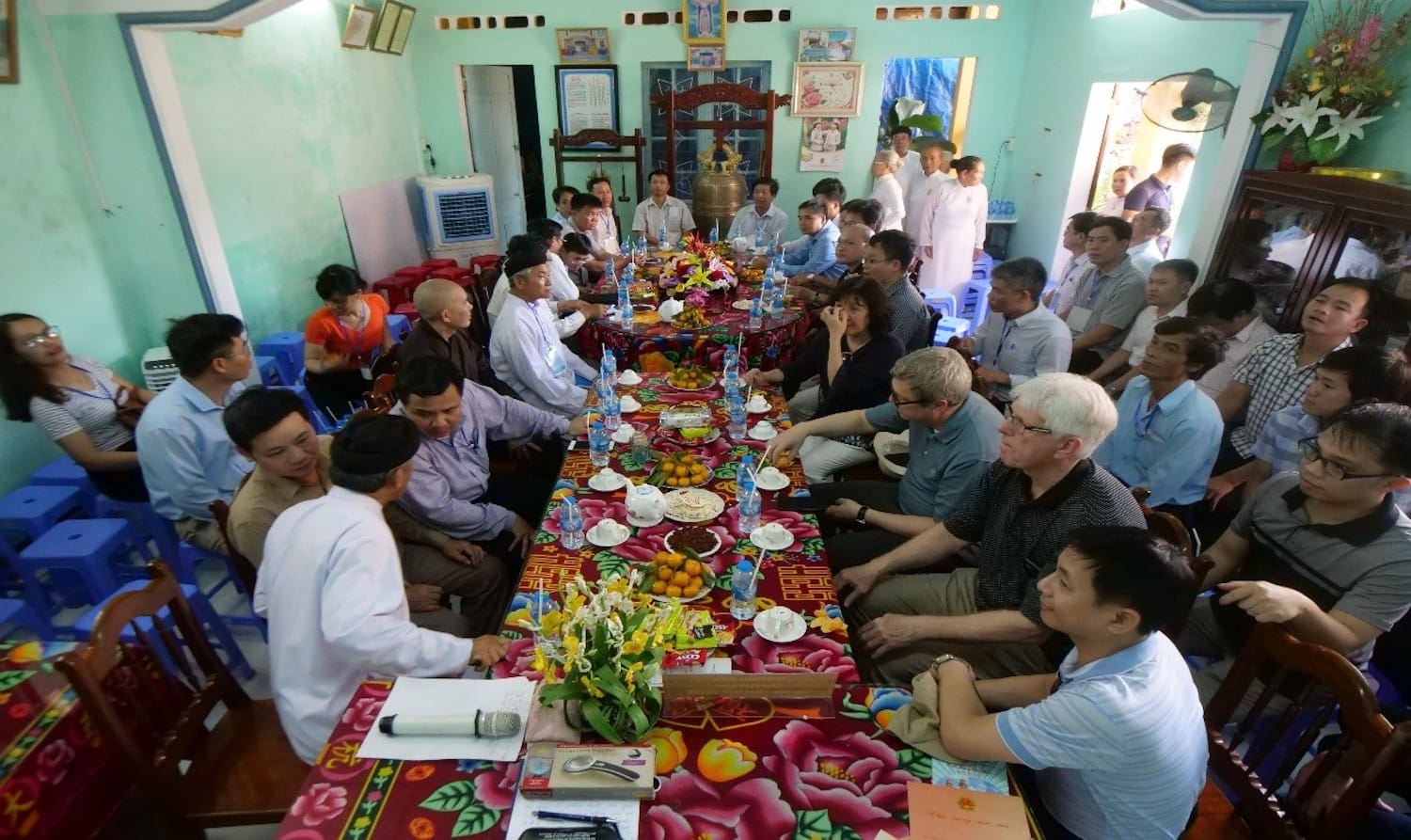 From March 27-April 3, the Institute for Global Engagement (IGE) conducted its annual visit to Vietnam to engage government and faith leaders on religious freedom. The visit focused on Hanoi and the south-central coastal province of Binh Dinh. IGE President & CEO John Boyd headed the delegation which also included Vice President of Global Operations James Chen and Vietnam Program Manager Hien Vu. The visit kicked off with IGE’s Religion and Rule of Law (RROL) certificate training in Qui Nhon city, the provincial capital of Binh Dinh. During the training, James Chen gave a presentation on “International Religious Freedom and U.S. Foreign Policy in Asia” and Hien Vu led a session on “Conflict Resolution Skills.”

As part of the training program, participants visited the places of worship for the province’s main faith communities including Buddhists, Catholics, Protestants, Cao Dai, and Cham. For many participants which included local officials, this was their first time visiting religious venues and hearing about the beliefs and practices of different religions in the country.

After the successful conclusion of the RROL training program, the IGE team traveled to Hanoi, the capitol of Vietnam, and met with senior-level officials to discuss the religious freedom situation in Vietnam and IGE’s work in the country. IGE was also very encouraged to meet with and hear from Vietnamese Christians, who are a religious minority, who have been bold and innovative in meeting the needs of their local communities. 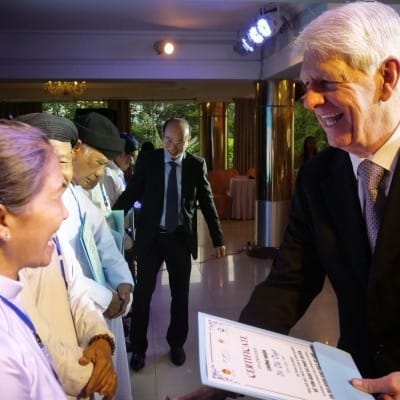 IGE President & CEO John Boyd issues certificates to participants at the conclusion of the Religion & Rule of Law training program. 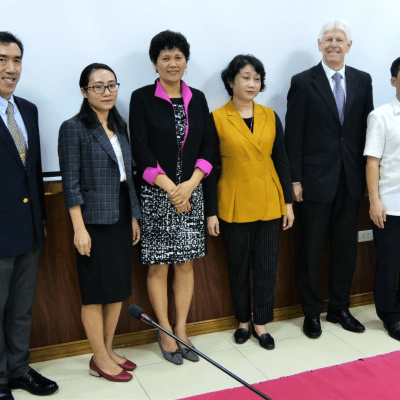 IGE met with the Law Faculty of Vietnam National University to discuss the creation of a religious freedom curriculum that would be part of a master’s programs on human rights, constitutional law, and public administration. 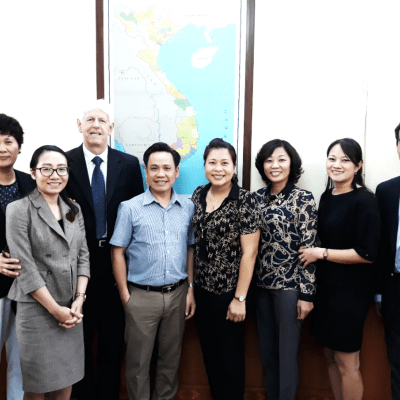 IGE met with the leaders of Vietnam Pentecostal Church, a house church that provides free English classes for children in the community. 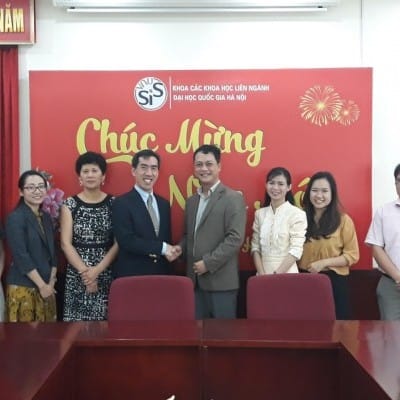 IGE met with VNU’s School of Interdisciplinary Studies to collaborate on a certificate training program on religious literacy and global affairs. 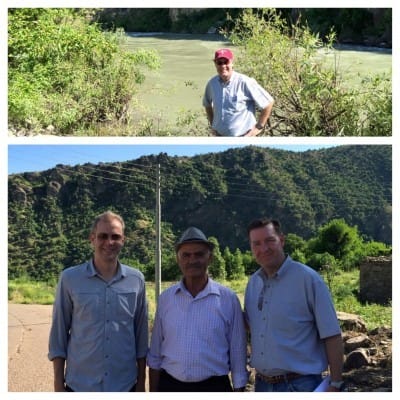 IGE and the Ho Chi Minh National Academy of Politics’ Institute for Religion & Belief (NAP) partnered together in conducting the seventh and eighth annual Religion & Rule of Law (RROL) certificate training programs in Vietnam for provincial and district-level officials and faith leaders. During its meeting with NAP leaders, IGE discussed plans for the next RROL training and the creation of new educational materials on religious freedom. 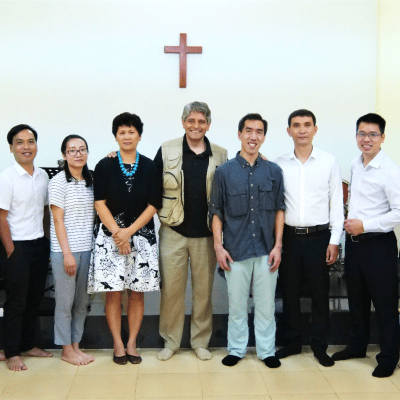 IGE met the leaders of a house church in Tay Son district, Hanoi. The church was founded about 10 years ago and primarily works on the rehabilitation of drug addicts. The ministry is led by a former addict himself who found freedom and renewal through the gospel. Since then, he has established 18 drug addiction rehabilitation centers and planted 47 churches throughout Vietnam. 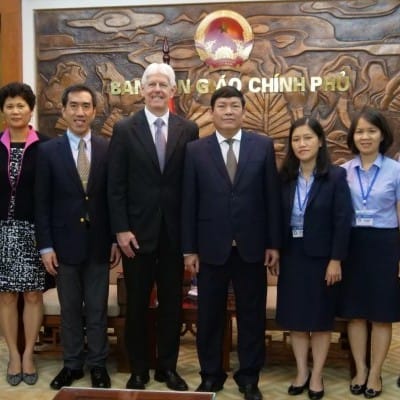 IGE met with Dr. Bui Thanh Ha, Vice Chairman of the Governmental Committee on Religious Affairs and his team to discuss the status and implementation of Vietnam’s Law on Religion and Belief. The law underwent various revisions based on comprehensive feedback that IGE facilitated from international legal scholars and was passed in 2017. 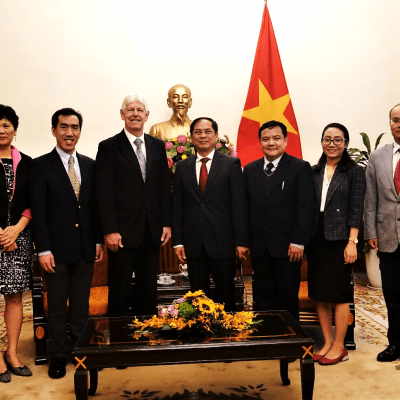 During the meeting with the Vice Minister of Foreign Affairs Bui Thanh Son, IGE affirmed its commitment to support Vietnam’s efforts to protect the religious freedom rights of its people. 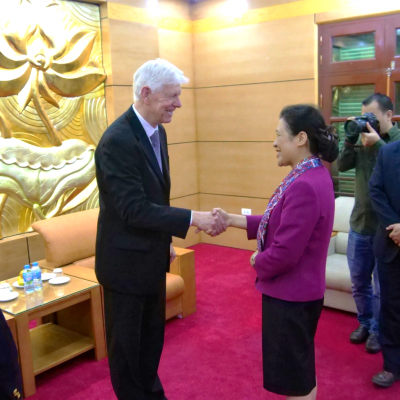 IGE met with the newly appointed president of the Vietnam Union of Friendship Organizations (VUFO), Madam Nguyen Phuong Nga. IGE has partnered with VUFO’s Vietnam-USA Society (VUS) since 2004, collaborating on multiple conferences, training programs, and visits to build religious freedom in Vietnam and strengthen relations between the U.S. and Vietnam. 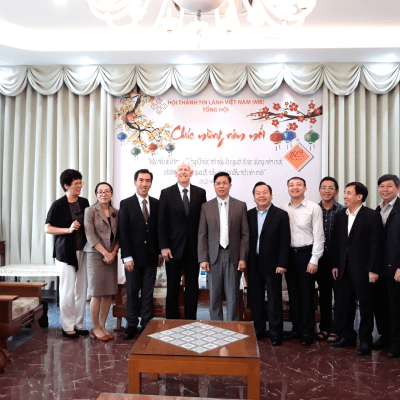 IGE met with leaders of the Evangelical Church of Vietnam-North, the largest Christian denomination in northern Vietnam which has over 1,000 churches. 80% of its members are made up of Vietnam’s ethnic minorities.