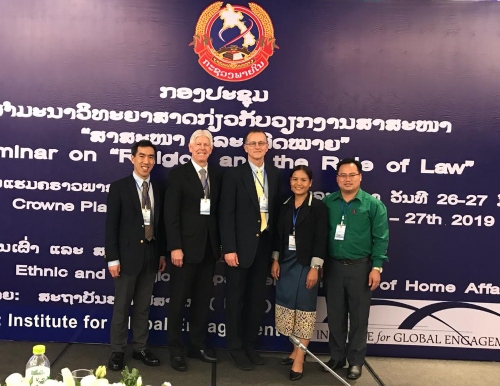 From March 27-28, IGE and the Ministry of Home Affairs (MOHA) of the Lao People's Democratic Republic co-convened the first-ever national conference on “Religion and the Rule of Law” in Vientiane. Over 100 Lao government delegates from every province in Laos as well as representatives from the Buddhist, Muslim, Baha'i, and Christian faiths. Amongst Christians, leaders from the Catholic Church, Lao Evangelical Church and Seventh-Day Adventists participated in the conference.

The conference was covered by Lao Public Security Television and local newspapers. IGE will continue to work with MOHA to convene local-level Lao government and religious leaders to address human rights and religious freedom. 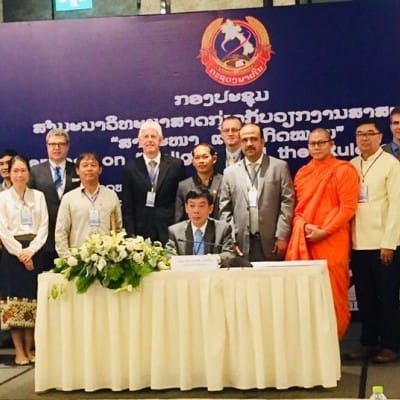 Representatives from Buddhist, Muslim, Baha'i, and Christian communities along with the IGE team and Ministry of Home Affairs officials 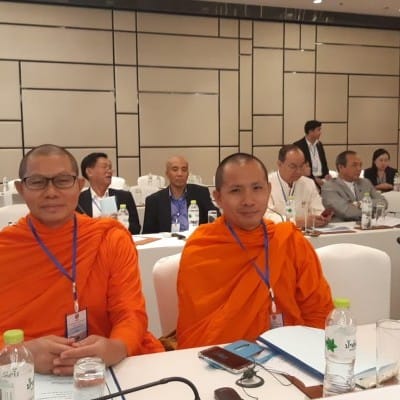 Buddhist representatives participating in the conference