On Tuesday, March 2nd, 2021, the Institute for Global Engagement, the Religious Freedom Institute, and International Christian Voice cosponsored a virtual event to remember the life and legacy of Shahbaz Bhatti, on the 10th anniversary of his assassination.

Shahbaz Bhatti was a courageous Pakistani Christian who defended all religious minorities from persecution.  He was appointed into the cabinet of then-President Ali Zardari and named Federal Minister for Minority Affairs.  He spoke out against Pakistan's notorious blasphemy law and advocated for the release of prisoners like Asia Bibi, a Catholic mother of five sentenced to death in November 2010.  He was murdered by terrorists on March 2, 2011, for his advocacy.

"Shahbaz fearlessly confronted the forces of intolerance in Pakistan, defending the human rights of all minorities, both Christian and those from other communities," said IGE Senior Fellow Knox Thames.  "Shahbaz was my fried. I was pleased IGE partnered with RFI and the Bhatti family to cosponsor this event.  We best remember Shahbaz's legacy by continuing to advocate for religious freedom for all."

Video and written statements remembering Shahbaz came from around the world, including the Prime Minister of Canada, religious leaders including the Archbishop of Canterberry, UN and diplomatic religious freedom envoys, as well as politicians from the United States, Canada, and Europe.

Statements and the Commemoration event can be viewed here: 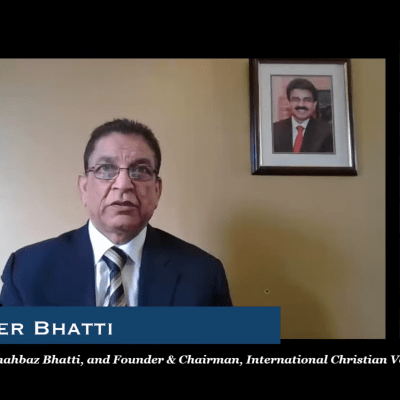 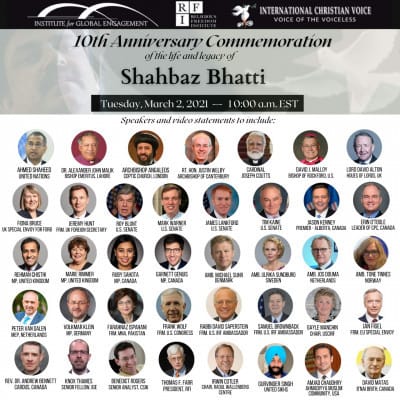 Video and written statements remembering Shahbaz came from around the world. 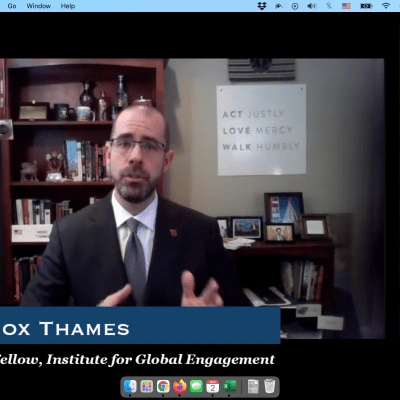