On September 15, the Institute for Global Engagement (IGE) co-conducted a consultative workshop on Vietnam’s draft law on religion at the Vietnamese National Assembly. This special event was held in partnership with the National Assembly’s Institute for Legislative Studies (ILS) and the International Center for Law & Religion Studies at Brigham Young University (ICLRS). The workshop brought together foreign and Vietnamese experts as well as embassy officials from the U.S. and Switzerland to discuss the latest version of Vietnam’s draft law on religion. The draft was first introduced in early-2015 and has been through nine rounds of revisions based on feedback and recommendations from faith groups, policy advisors, and scholars. At the invitation of the Vietnamese government, IGE has also facilitated the submission of feedback from international legal experts. Workshop participants included officials from the National Assembly, Governmental Committee on Religious Affairs, and Department of Religious Affairs of Hanoi, faith leaders, policy advisors, and scholars.

ILS director Nguyen Dinh Quyen moderated the workshop and encouraged a spirit of frank and candid discussion over the current draft. He also affirmed that “morality of religion fits into the development of the country.” During the discussion, concerns about micromanagement of religious affairs, the legal status of religious organizations, and the balance between religion and security were raised by workshop participants. ICLRS director Brett Scharffs suggested, “The articles of the draft law should serve the purpose of promoting religious freedom and belief instead of administering and monitoring religious and belief practice.” He went on to recommend that the draft law simplify the registration process to enable all religious groups practice their faith legally.

The draft law is scheduled for a vote in the National Assembly in the upcoming October-November session. In preparation for this vote, ILS has distributed to National Assembly members a Vietnamese translation of a seminal textbook co-edited by BYU’s Cole Durham and Brett Scharffs on “Religion and Rule of Law.” 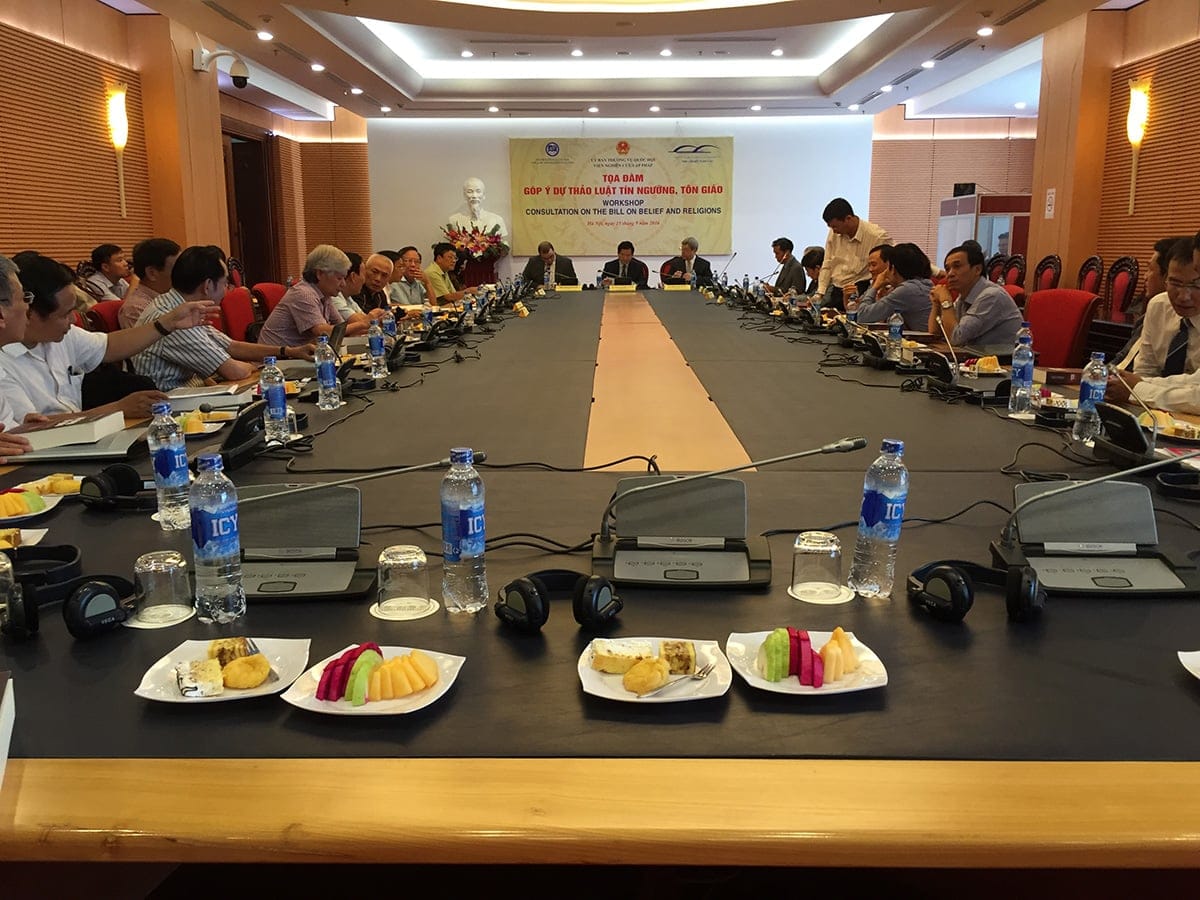