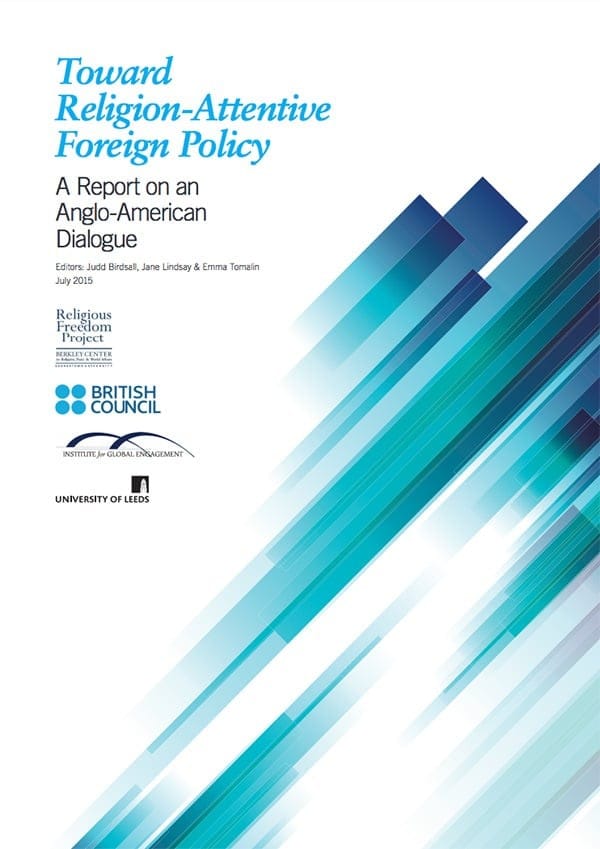 This report summarizes key insights from a series of two Anglo-American dialogues titled “Toward Better International Policy Making.” The project was organized by the Centre for Religion and Public Life at the University of Leeds, the Religious Freedom Project at Georgetown University, and the Institute for Global Engagement. These dialogues were funded by the British Council under the “Bridging Voices” program. The report is presented as a series of “policy messages” or recommendations for diplomats and policy makers in both the US Department of State and the UK Foreign and Commonwealth Office. (The recommendations represent a distillation of discussions held during the two workshops and do not necessarily represent the official positions of the sponsoring institutions.)