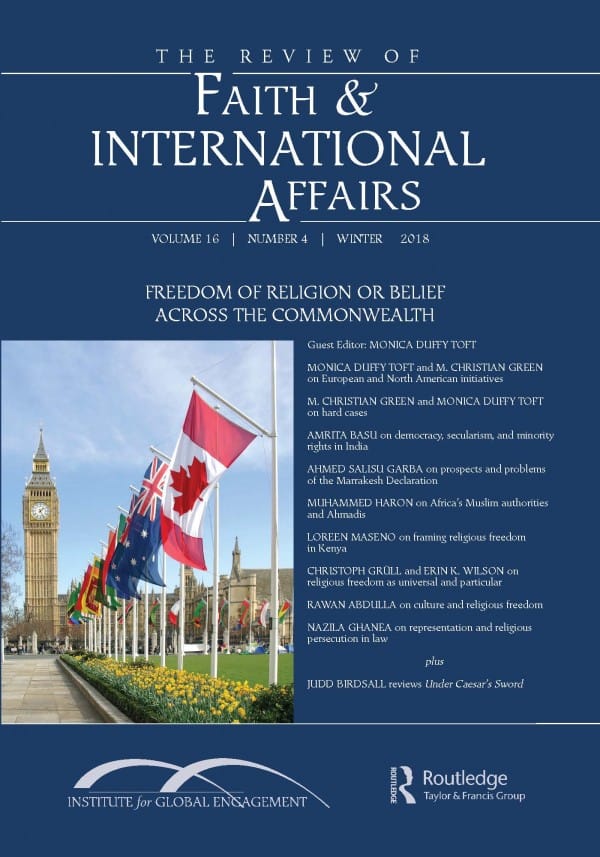 The winter 2018 issue of The Review of Faith & International Affairs is a special open-access issue titled “Freedom of Religion or Belief Across the Commonwealth.” It is guest edited by leading scholar Monica Duffy Toft, professor of international relations at the Fletcher School of Law & Diplomacy. The issue was made possible by a collaboration between The Review and the Commonwealth Initiative on Freedom of Religion or Belief (CIFoRB), based at the University of Birmingham, UK and supported with funding from the Templeton World Charity Foundation. The issue features case studies of religious freedom in numerous countries affiliated with the Commonwealth of Nations, a unique voluntary grouping of 53 sovereign states, most of which are former British colonies or dependencies.