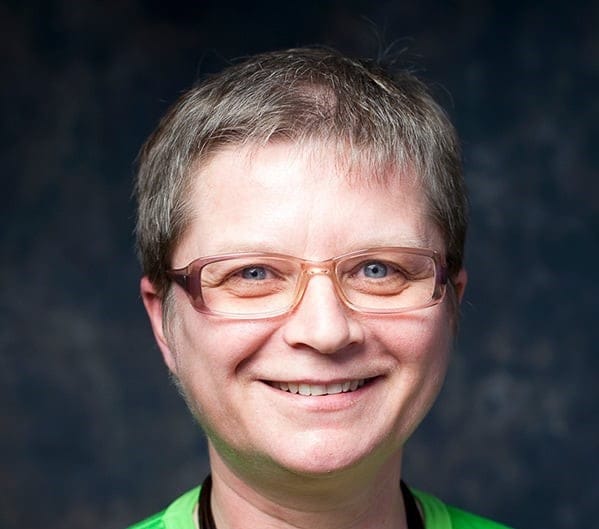 “Talitha Kum” is a project of the International Union of General Superiors (UISG), constituted in September, 2009. It is a network of 24 local networks in 80 countries worldwide, based in Rome (Italy). In the 1990’s doing volunteer social work among homeless women and refugees, Sr. Gabriella encountered the first victims of human trafficking. She was deeply touched by their fear, distress and lack of freedom. So she decided to commit her life to freedom and against every form of exploitation and human trafficking.

Sr. Gabriella holds an A.D. [Academic Degree] in Social Pedagogy by the “Georg-Simon-Ohm Fachhochschule Nuremberg”. Her final work was the creation of an intercultural training in order to prepare volunteers to encounter foreign cultures and religions respecting and valuing the diversities.  She holds a Diploma (A level) in Economy, Accountancy and Regulations.  Sr. Gabriella coordinated and served as a consultant to numerous training courses and seminars to prepare agents to prevent and confront human trafficking, especially in Brazil. Sr. Gabriella related the experience of the first course in 2013 published by “Edições CRB, Brasília, 2013”.

Sr. Gabriella was Counselor of the “Conselho Municipal de Crianças e Adolescentes de Porto Velho” (Municipal Council for children and adolescents), a member of the States Committee against Human Trafficking of Government of the State of Ceará (Brazil), and a member of the Commission of Justice and Peace of the Diocese of Porto Velho (Rondônia, Brazil). As Social Pedagogue she worked many years to empower and give new opportunities to children and women in situations of social vulnerability, in the “favelas” and suffering any kind of violence, sexual abuse and exploitation.

Sr. Gabriella has been called to the Direction of Talitha Kum because of her commitment to the Brazilian Network of Religious Life against human trafficking: “Um Grito pela Vida”, member of Talitha Kum.  A member of the national coordination team since 2009, Sr. Gabriella represented Latin America to Talitha Kum and coordinated the campaign “Jogue a Favor da Vida” (play for life)  against human trafficking before and during the World soccer Cup in Brazil 2014.

Sr. Gabriella was born and grew up in a suburb of Milan, Italy. Since 1994 she is member of the “Comboni Missionary Sisters” an international and multicultural congregation of religious women. She has been living in communities with women of several cultures, nationalities and social background, sharing  God’s  passion for human dignity, justice, peace and freedom, in Italy, Germany and in the last 10 Years in Brazil. Sr. Gabriella feel herself “a world citizen”, deeply enriched form the different cultures and traditions.