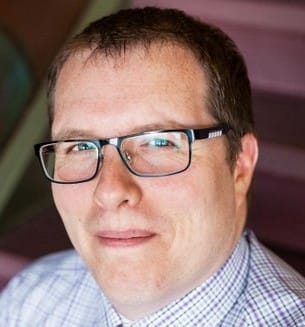 Robert Joustra is an editorial fellow with The Review of Faith & International Affairs, and an assistant professor of international studies at Redeemer University College (greater-Toronto-area, Canada). A graduate of the much venerated Civitas program, Joustra also serves as a Fellow with the D.C. think tank, The Center for Public Justice.

Before joining the ranks of the academic gentry, Joustra taught English in Kobe (Japan), and worked for nearly a decade for the think tank Cardus on issues ranging from urban planning, to education diversity, to religious freedom. During that time he edited their policy journal and their worldview journal, Comment magazine.

He is editor, with Jonathan Chaplin, of God and Global Order: The Power of Religion in American Foreign Policy (Baylor University Press, 2010), and is working hard on two books: the first on religious freedom in Canadian foreign policy, the second on Charles Taylor and the apocalyptic imagination in pop culture. He writes regularly for Canada's two national papers, The Globe and Mail and The National Post, and also in Christianity Today, Books & Culture, Capital Commentary, and elsewhere.

He did a B.A. in history and politics at Redeemer University College, an M.A. in globalization studies at McMaster University, and a Ph.D. in international politics at the University of Bath, where his dissertation focused on religious freedom in Canadian foreign affairs. Currently Joustra serves on the Christian Reformed Church of North America's study committee on religious persecution and liberty. He lives on a leafy street off the escarpment in Hamilton (ON), and tweets sporadically @rjoustra.