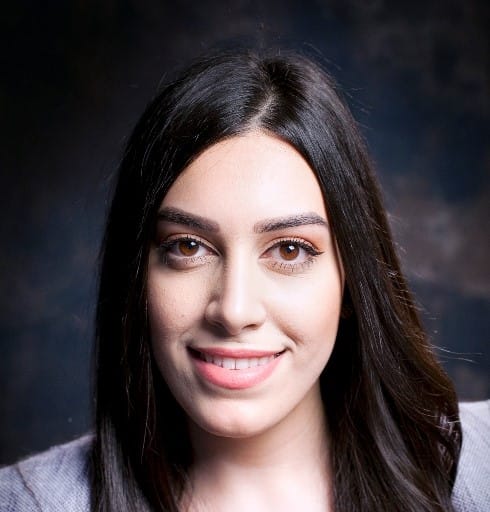 Robena Abdo Eshaya is an attorney from Iraq. She was born in Baghdad but displaced after the war of 2003. She then settled in Duhok governorate north of Iraq where she studied and practiced law in Duhok Court. Since the Islamic State of Iraq and Syria (ISIS) criminal group’s occupation, she started working for a nonprofit humanitarian aid organization supporting vulnerable Iraqi women and children who were displaced and survived ISIS. In her position as a Protection Officer \ Program Coordinator, she established and managed projects for women and children’s protection. In 2017, she relocated to Chicago, Illinois, aiming to enroll in an American law school in order to obtain a Juris Doctorate in Human Rights and International Law, to further advocate for the protection of minority women and children. Robena serves as Homecare Supervisor for the Assyrian Universal Alliance Foundation in Chicago, IL.