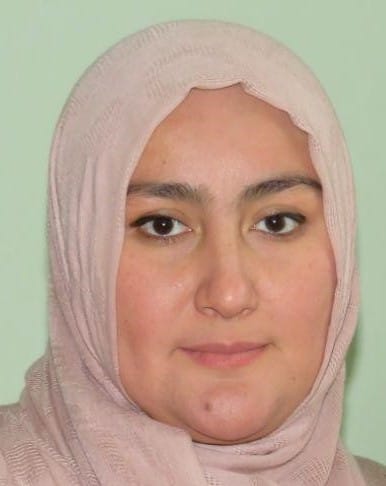 Nozima Ibragimova Kamiljanovna is the head of the Islamic college for women named after Khadichai Kubro and also she is International Islamic academy of Uzbekistan’s researcher. Currently she is the resident of Uzbekistan and lives in Tashkent city. Nozima was born in Uzbek-Muslim family in Tashkent city, Uzbekistan. Nozima holds an M.A. in jurisprudence system of Muslim countries and B.A. in jurisprudence (Islamic Law) from Tashkent Islamic University. She also holds a certificate in Centre of teaching in a distance of the Fund “Iste’dod”, which was organized by the President of the republic of Uzbekistan.

Previously, she was an assistant of professor of the faculty: Fiqh (Islamic Law),  conomics and Natural Sciences of the department: Islamic law at Tashkent Islamic University for 4 years, she is a teacher of Islamic Law. Besides, in 2004-2006 she worked at the TV studio "Ziyo" and became an author TV programs about religion and society run on the 1st National Channel in Uzbekistan. Nowdays she is Chief of Secondary specialized women’s Islamic college named after Khadichai Kubro. She investigates the diplomatic relations Central Asia with Muslim countries in VII-XII cen. Nozima is a mother of three children. They attend a school in Tashkent city. Her spouse Zuparov Muzaffar works for head office of UZPAYNET in Uzbekistan.