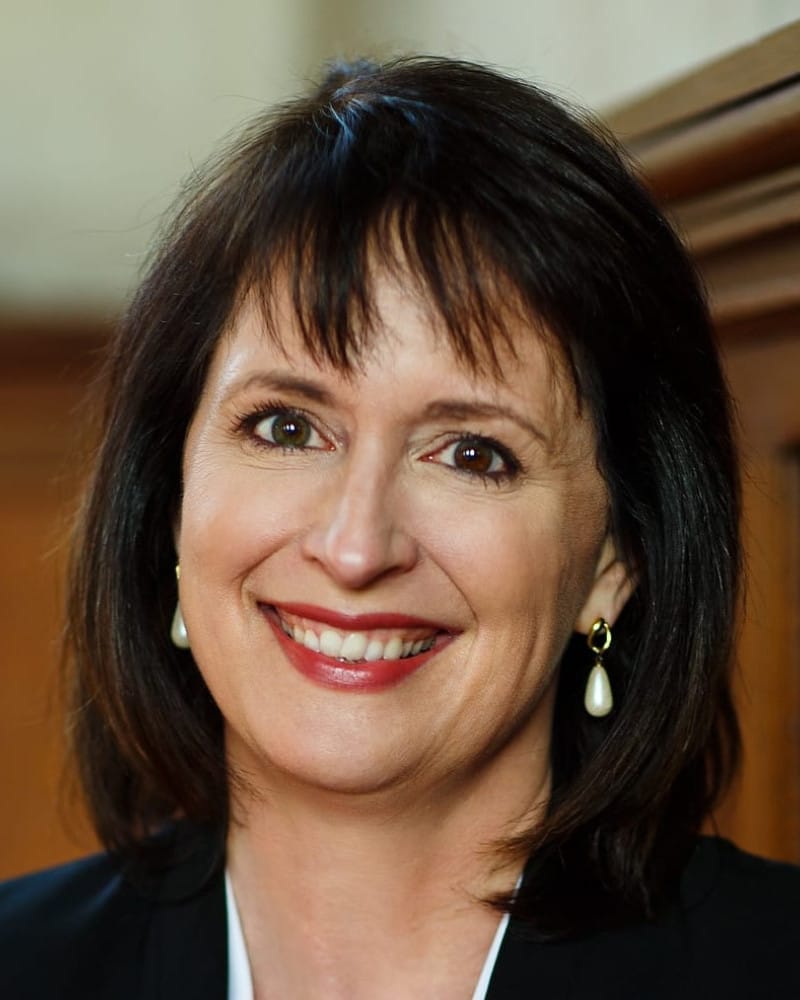 “I became a fan of the Institute for Global Engagement after seeing the impact of their work on the ground, where they have literally moved countries towards more open religious freedom conditions. I am beyond excited to join their Board of Directors and be a part of this important work!”

Nadine Maenza is a noted speaker, writer, and policy expert with more than two decades of experience as an advocate for working families and a champion for international religious freedom.

Nadine is the President of Patriot Voices, where she provides her expertise to shape the organization's special emphasis on public policies that help working families. Drawing on her extensive network and coalition-building experiences, she has helped build unique coalitions on issues such as paid family leave, health care, and tax reform. She has led their efforts to support religious freedom globally, recently spending over a month on the ground in northeast Syria advocating for the Autonomous Administration of North and East Syria, a government with remarkable religious freedom conditions.

She also served as the Chairman of Hardwired Global, an organization working to stop religious oppression around the world. She has advised several major organizations on faith engagement, policy development, and strategic partnerships through The Clapham Group including The Bill and Melinda Gates Foundation, The College Board, The Anne E. Casey Foundation, and the Humane Society of the United States.

In May of 2020, she was re-appointed by President Donald Trump to a second two-year term to the U.S. Commission on International Religious Freedom, serving as its Vice Chair in 2019. She has represented USCIRF in delegations to Egypt, Saudi Arabia, Myanmar, Bahrain, Indonesia, Iraq, Azerbaijan, Thailand, Taiwan, and Uzbekistan. She has traveled in her own personal capacity on several trips to Syria, Egypt, Iraq, Jordan, and Bangladesh. She is most honored to have met with persecuted communities of various faiths from around the world.

She has served as a senior advisor to Rick Santorum and other presidential and U.S. Senate campaigns. She has decades of experience in fundraising and coalition building, having worked with presidential and U.S. Senate super PACs, served as the finance director for the Pennsylvania Republican Party, and as a consultant to the Republican National Committee. She worked on Capitol Hill in both the House of Representatives and then in the Senate for former Pennsylvania Senator John Heinz.

Nadine's writings on various policy topics have been published in numerous publications domestically and internationally. She is a graduate from Pennsylvania State University. She is married with three children and lives outside of Philadelphia in Chester County, Pennsylvania.